Some of us celebrate Easter today, some will celebrate next week and others don’t celebrate at all. For some is a very religious Holiday for others is just another day gathering with the loved ones.

I am wishing to all that celebrate Easter “Happy Holiday!” and for all of us, no matter of religion, I wish:

Life is short so don’t make it any shorter.

It’s fairly early this morning and mom Morning Dove is on the nest keeping the eggs warm.  It’s 77 Fahrenheit so there is not a lot of morning chill.  Carefully I crept up to take a picture and she was tolerant for about 2-3 minutes as I snapped a few images with my iPhone 10.  I’m surprised how well it takes pictures.  Finally, she lost her patience with the intruder, me, and flew off so as not to bring too much attention to the nest.

Over time she will get used to me and learn to trust my presence.  Hopefully, she will.  The last nesting mom would let me get very close to the nest without worry. after a time.

It has been a long time since we have had Morning Doves nest at eye level or even close to eye level. This nest appears as though it is in our oleanders but not. The nest is strategically place atop a horizontal 14 foot ladder normally used for painting. Gus is not going to use that ladder this season until the eggs have hatched and the babies have gained their wings for flight. This is such a joy to me as many years back I had a Morning Dove in a tree in the backyard two years in a row with thriving babies. I’ve posted those pictures which are so much fun.

Mom over time trusted me. However, the tree was lost during heavy winds and the dove abandoned the site. If you have not heard Morning Doves in the early morning it is a delightful cooing sound that warms your heart. I hope this new mom will gain trust in me like my previous one.

I will have some cherry tomatoes soon thanks to AeroGarden.  They are doing much better than the strawberries.  Only have two strawberry plants left… wahhhh…I think I may have killed them.  But the tomatoes area thriving.  Thanks, Dad, for your inspiration.  I loved that you always brought me tomatoes when you came to visit me.  I can still see in my mind how you would go into your garden and check your corn, tomatoes and sweet peas.  You never thought you could grow sweet peas and that was because your young trouble makers were eating them right off the vine.  I still love eating sweet peas to this day and remember fondly of you when I do.  But, today and forever your tomatoes will be my favorite!

I’m on a soup kick because my husband will not eat soup unless its clam chowder or French Onion soup.  At lunch is my chance to try something different.  I’m still using up that leftover turkey but didn’t want to make exactly the same soup.

Today I grilled up the vegetables on the indoor grill.  You could grill outdoors or sear in a hot skillet.  Cast iron would work nicely, or maybe sear in a wok.

Put about 3cups turkey broth and as much turkey as you desire into a medium size saucepan.  Salt and pepper to taste.  Heat over medium heat.

The vegetables on the grill.
one small baby red sweet pepper
one small potato peel then quarter
one-fourth onion separate out the sections so they lay curve side down on the grill
one section of carrot about 5 inches long and 1/2 inch wide so that it stays on the grill

The soup will cook for 20-30 minutes until the potatoes are completely tender.  As the potatoes cook they will absorb broth so make sure to watch and add more broth as necessary.  Mine cooked down so that it was a thickened broth.  Add as much broth as you desire.

I thought I had enough soup that I wouldn’t be able to eat it all, but NO and ate every last drop.  Though I did share a few bits with my Yorkie, Gismo.  She liked the soup too.

I’m still on my healthy eating path to reaching several goals; better food menu for healthy eating, losing weight (a few more pounds) and exercising to have more muscle tone.  There it is.  The reason for coming up with this variety of Turkey Soup.  It’s the first time I’ve made it and didn’t use a recipe.   It was invented by thinking of other dishes I’ve made and how to adapt them without rice or noodles.

This soup is an Asian version of Turkey Soup.  Normally I would add a ton of noodles and thicken with flour.  This time, I started with Turkey Stock that was from the roast turkey breast leftovers earlier this week.  For a single serving: start with 1 tablespoon olive oil in a small pan and bring to medium heat.  Add chopped onion, slivered carrot, zucchini slices and chopped baby bell peppers.  Sauté until tender.  Add potsticker sauce (hoisin sauce) and cornstarch sprinkled to thicken.  This could be used as a sauce over meat, but I used it to create a soup base.  Add turkey stock to fill the pan to as much soup as your desire.  Continue to add cornstarch until desired thickness.  Add chunks of cut up turkey and simmer until thickened and the cornstarch is cooked.  Season with salt and pepper to taste.  Pour into serving bowl and enjoy.  Or, if in a hurry, just eat from the pan. 😀

Part of getting back on track was to drop some of the “several pounds” I gained over the last year or so.  It wasn’t a large weight gain but enough to make me want to go out a buy a new wardrobe.  I do love shopping but want to buy for my desired weight.

Recently I started a KickBoxing at an organization called I Love Kick Boxing.  It is very motivational along with a very thorough workout.  You don’t just go and punch away at the bag.  But I digress… another story to come.

My lunch today was freshly baked turkey slices and grilled vegetable .  Yes, I did cook a turkey breast earlier this week.  After cooled it was sliced for sandwich meat and snacking. I detest pressed chicken or turkey that we find in the SuperMarket.

Vegetables have not always been my friend.  But grilling seems to make the most undesirable foods taste good.  First, I marinated in Marston’s San Pasqual Salad Dressing;  broccoli tops, diagonal sliced zucchini sliced fairly thick and baby bell pepper sliced in half (seeds removed).  Marinate for up to 30 minutes and then grill to see the grill marks or sear in a hot skillet until vegetables are tender but not mushy.  While grilling add a bit of salt.   To find Marston’s dressing visit http://www.marstonproducts.com.  I’ve been using this dressing for years… yummy.

Over the last year, I’ve found myself sitting at my iPad playing a silly cooking computer game. I must say please join computer games with caution.  Don’t get into a trap of letting them control your life.   I think that because it involved cooking I might have fun at it.  I did.  However, I would find myself ignoring my work… I work from home.   I ignored many of my favorite things, photography, writing, cooking and my relationship with my husband.  I had to make sure that everywhere I went had wi-fi.  Not so I could do my work, but so I could play the damn game.

The game I started is called Star Chef.  It really is a well-programmed game and I’m sure many people can play it without obsession.  I do have to say that I have a great deal of respect for the developers and the quality in which they present the game.  That may be part of why I fell in love with it and played way too often.  Maybe that is a sideways compliment.  The game has continued to grow in features that keep you intrigued.

In the early days,  I remember one night that I took my iPad with me to a social event only so I could play the game.  It was a very big purse.  My husband wanted us to get out a make friends and do more fun things.  I couldn’t leave the game home and alone.  There were certain goals with the game and I felt that I HAD to achieve them.  I took my iPad with me and hid away to play several times that night.  Was this a part of obsessive-compulsive?  I don’t know but I didn’t like the person I was becoming.

Gradually after a year, I was able to get back on track with my life and am so thankful it doesn’t control my life anymore.  I’ve weaned myself off so that I don’t play it non-stop.  Part of the game is to friend other players who will help you.   I do go into the game once a night now to give out give out gifts.  If I can’t play each night it no longer bothers me.   I no longer feel that I have to get up in the middle of the night to cook more goodies so I can reach the next level or fill my catering truck  I no longer care if I jump to the next level.

Today, all I do is go in and send out a few perks to those who chef-friended me and then close down the game.  It gives me a pleasure to do this…. which is still probably obsessive compulsive.  Will I ever quit playing?  Who knows?

As a credit to Star Chef… it is a fantastic game.  Not everyone becomes obsessed.  Just like not everyone is an addicted gambler or drinker.  Have fun but recognize if you’re going overboard.

Make and mail your own cards – Just select Customer Option 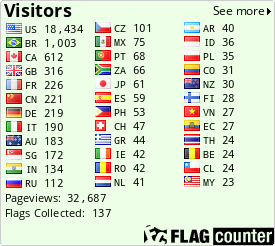 This work is licensed under a Creative Commons Attribution 4.0 International License.
Join 504 other followers